Right off the bat this morning I had problems.  Wanted to take a picture of sister Patt and The Colonel to show I was actually at their home.  Took the picture and it was bad.  Patt thought it was because she didn’t have her makeup on, but it was the camera.  Out of focus, no no no, it’s only 10 years old, and it is a cheep camera. So, no picture of Patt.

Jim  and I went to Wally-World, I bought a new camera, and he tested it for me. 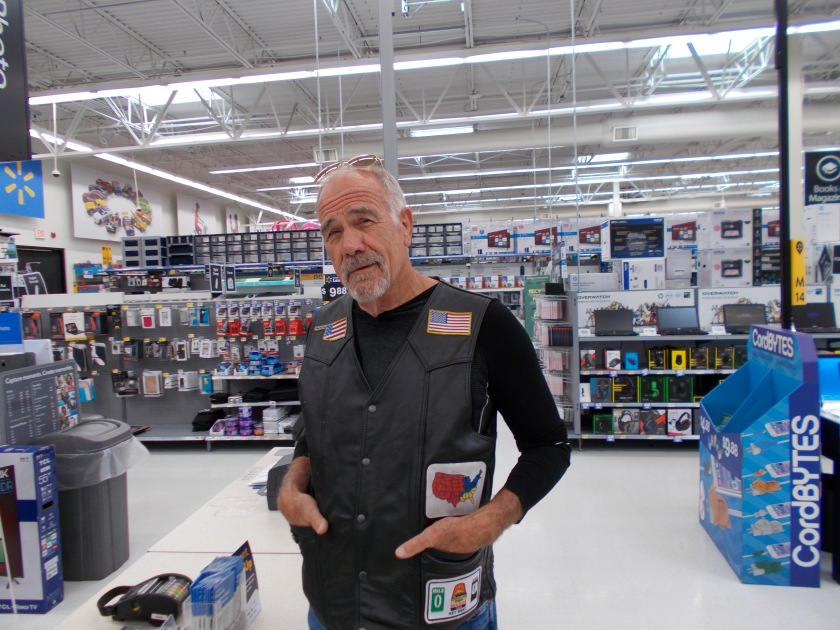 Rode on trying to get out of Edmond.  Got to Wontaga, OK, and the sky dumped on us.  Put on the require rain gear, rode on about another 10 miles and the rain stopped.  Not much after that till we go to Kinsley, Kansas.  Stopped for a BOC (beverage of choice), set next to a local gentleman and he told me about the early Germany settlers.  They would drill into solid rock, put water in the holes, when it froze it would split the rock and they would make fence post out of them.  Rode on about 20 mile and along the side of the road were rock fence post. 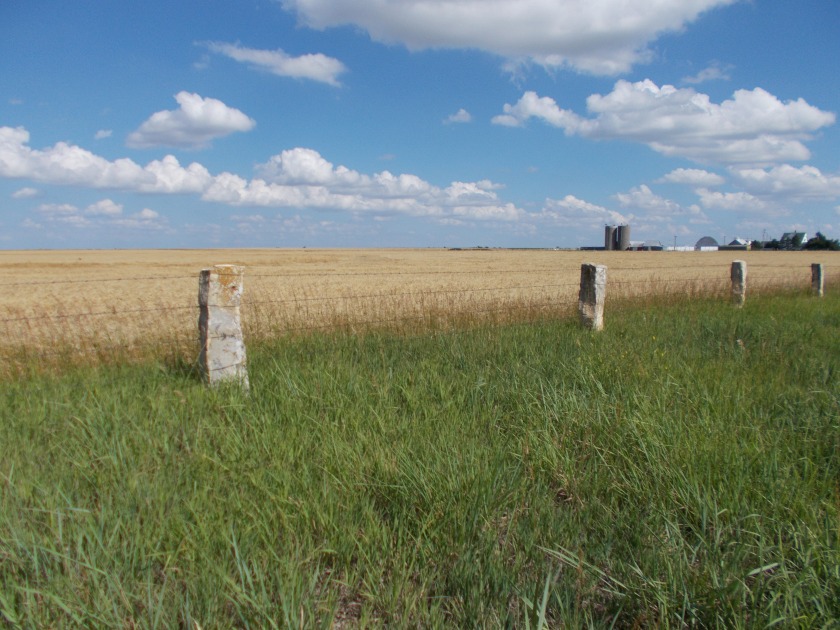 This was about the only thing I saw in Kansas that I thought was worth sharing.  Sure there must be other stuff; I just haven’t seen it.

So, tonight we are in Hays, Kansas.  Nice town, friendly folks.  Tomorrow we continue north and west.  I’ll keep you posted.

I consider myself an Adventure Motorcycle Traveler with over 50 years riding experience. Been to all four corners of North America, and always thinking about my next ride / adventure. I have a stable full of motorcycles and check the adds and forums regularly for another one; however, limited space keeps me in check, so I only have five right now. Just started a new adventure by buying a Sidecar rig. Man, (and ladies) this is totally different. So different I thought it needed a blog all to itself. Might have to change my handle from Lowrider Bud to Sidecar Bud. I'll let ya'll know how it goes. Later, Bud... View all posts by Bud Campbell

I’ve been riding motorcycles since I was 14 years old.  That’s over 50 years, and I’m still  not through riding.  I live in East Texas (north of Houston) and we have great weather for motorcycle riding year-round.  Since I’m feeling older and not sure how long I can support the weigh of a Harley dresser, I started thinking about alternatives; sidecars came to the top of the list.  So, I found a good used one and now the “Latest Adventure” starts.