Today is my son Scott’s Birthday. Happy Birthday, Scott. Hope you have a wonderful day. Do stuff you like to do.

We left Grand Falls, Montana and fought a 90 degree cross-wind all the way to Calgary, Alberta, Canada. The speed limit was 80 MPH in Montana and the wind was probably 20+ MPH. Makes for a tiring day in the saddle, but we made it to Canada. 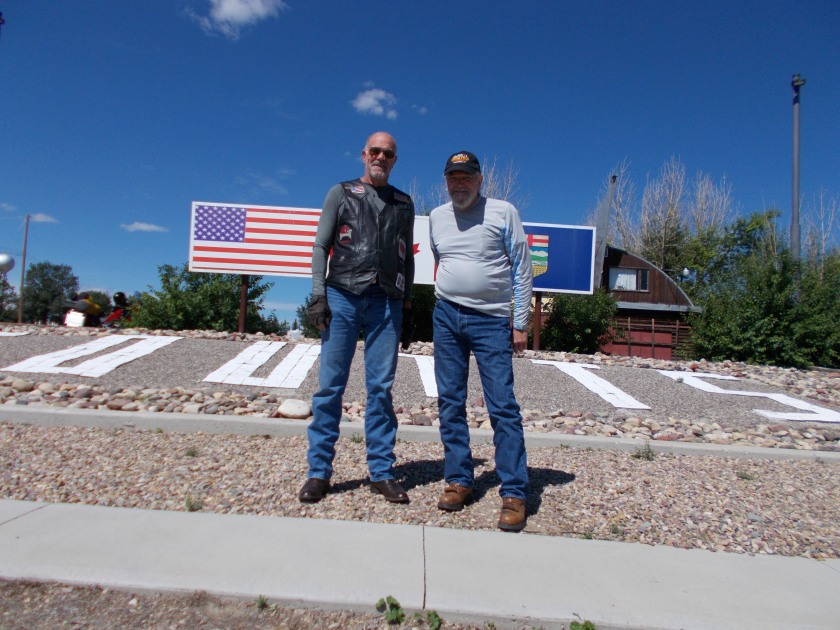 There was  also a Canadian flag behind us, but I set the self-timer on the camera, ran and stood in front of the Canadian flag.  I’ll get this picture thing worked out just about the time I get back to Texas.  So, here’s the sign for welcoming us to Alberta. 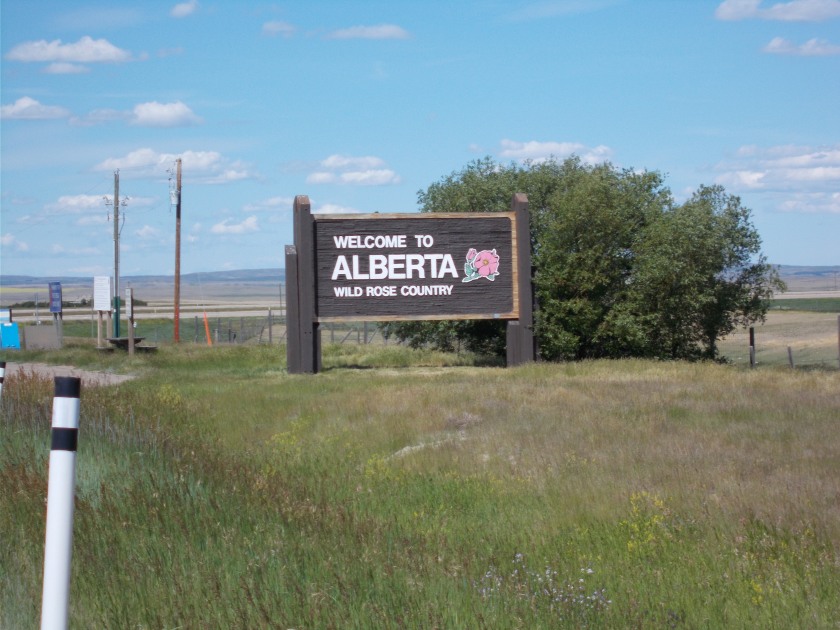 After taking the picture and riding away I noticed off to the right an entire heard of elk.  They were in a private pen; probably being raised for hunting.

We decided to camp in Calagry, and stayed at the Calagry West Campground. Located down the road from the Calgary Olimpic Park. They closed the road and we had to hope on the sidewalk for about 500 feet to ride around the construction. Nice place, but they didn’t have electricity or WiFi in the tent area. So I could not post our progress.  After a good night sleeping on the ground, I woke up to the Colonel fixing coffee on his little one burner stove. Then we loaded up and took off for Banff. About 30 miles from Banff, the Canadian Rockies came into view -WOW. Being Saturday, there were thousands of people all going to the same places we were, Banff National Park and points north. 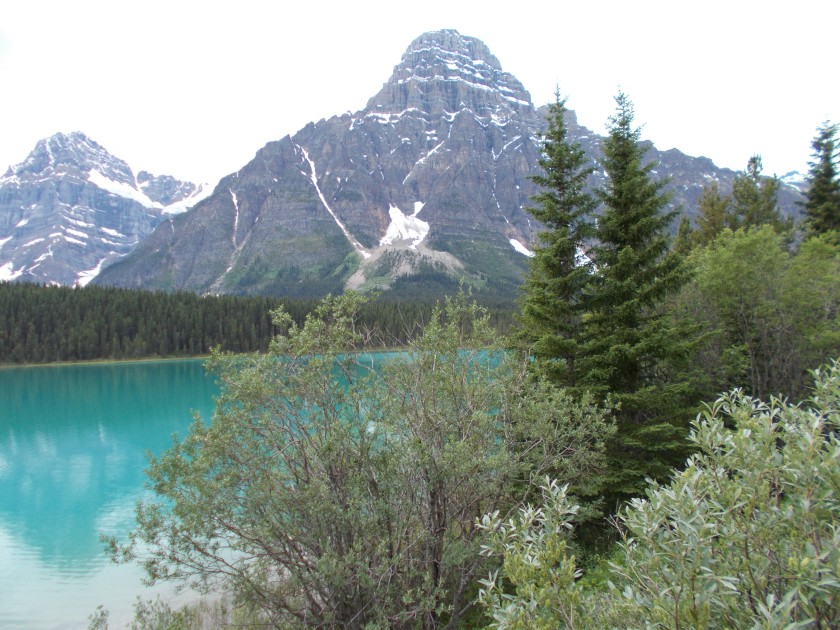 We found the Harley shop in Banff. They don’t sell motorcycles, so we bought shirts. You can never have too many Harley shirts. Then it was off to Lake Louise, another tourtist town. 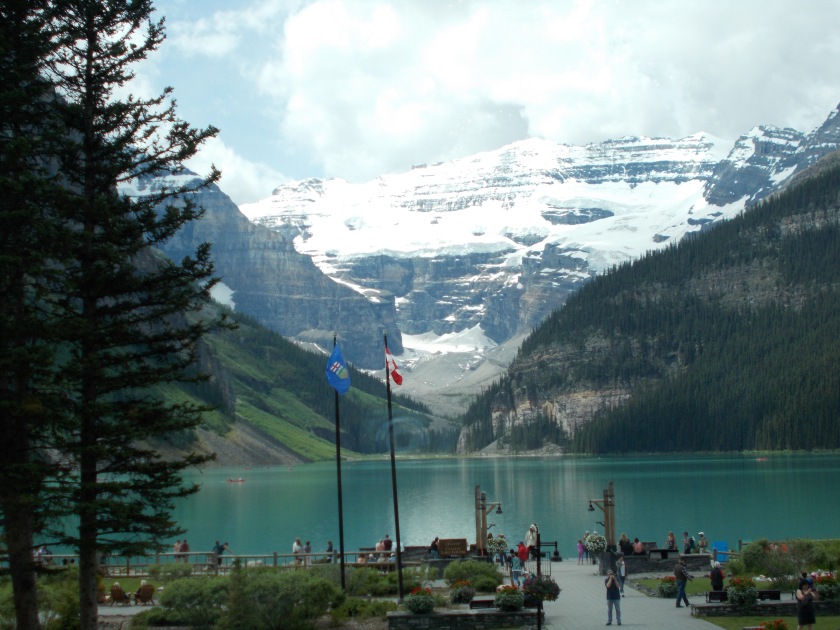 Lake Louise – I got to see this view with about a million other tourist.

As you ride on CA-93 the sencery just gets better by the kilometer.  Here’s Bow Lake, most beautiful green water it almost doesn’t look real.

About 30 miles north of Lake Louise it started raining. It wasn’t going to let up so we stopped at Saskatchewan River Crossing. We had planned to camp somewhere in this area, but with the rain we got a room at the lodge. It’s still raining as I write this, and might have to deal with it tomorrow. Biggest problem with that is the wildlife will probably be bedded down and limit any opportunities for seeing cool stuff. If we see a bear or an elk I’ll try to get a picture.

I consider myself an Adventure Motorcycle Traveler with over 50 years riding experience. Been to all four corners of North America, and always thinking about my next ride / adventure. I have a stable full of motorcycles and check the adds and forums regularly for another one; however, limited space keeps me in check, so I only have five right now. Just started a new adventure by buying a Sidecar rig. Man, (and ladies) this is totally different. So different I thought it needed a blog all to itself. Might have to change my handle from Lowrider Bud to Sidecar Bud. I'll let ya'll know how it goes. Later, Bud... View all posts by Bud Campbell

I’ve been riding motorcycles since I was 14 years old.  That’s over 50 years, and I’m still  not through riding.  I live in East Texas (north of Houston) and we have great weather for motorcycle riding year-round.  Since I’m feeling older and not sure how long I can support the weigh of a Harley dresser, I started thinking about alternatives; sidecars came to the top of the list.  So, I found a good used one and now the “Latest Adventure” starts.